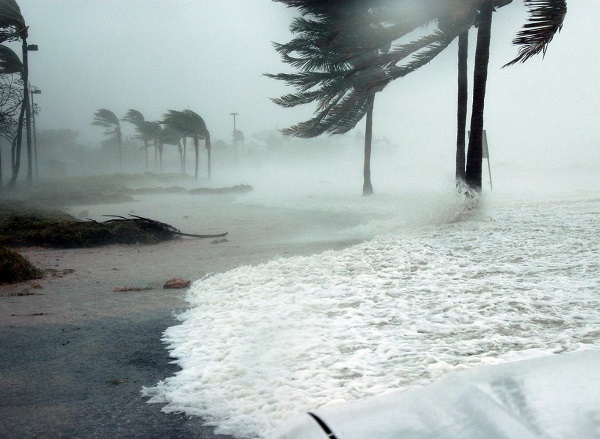 Natural disasters can be defined as catastrophic events with atmospheric, geological, and hydrological origins that often occur without warning, causing great damage to the environment and infrastructures and even loss of life. In South Africa, some natural disasters occur resulting from human activity; frequent quakes and tremors, for example, are associated with mining activities. Global warming has also led to climate change, which leads to prolonged droughts and fatal flash floods. Extreme weather patterns can also lead to disasters.

Here’s a short breakdown of some of the biggest natural disasters that South Africa has experienced in the past: –

DROUGHT: In 2018, our country experienced one of the longest lasting droughts ever recorded. The government declared it a national disaster and introduced several measures to reduce the consumption of water. Some regions had high temperatures with little rainfall since 2015. Crops failed, livestock were lost and much wildlife perished.  Cape Town, the Mother City experienced severe water restrictions and came within days of Day Zero.

EARTHQUAKE: South Africa experienced one of the worst earthquakes in September 1969. This earthquake had a magnitude of 6.3 on the Richter Scale. The quake happened in the Tulbagh area, Western Cape. There was a lot of damage as buildings were destroyed. There were several fatalities, including children.  The area sits on a natural fault line and severe tremors still occur on a frequent basis there.

FLOOD: In January 1981, the Karoo town of Laingsburg was devastated by a severe flood which left approximately 100 people dead and around 184 houses destroyed. The town was hit by a flash flood after very heavy rains (425mm over two days) that caused the nearby Buffalo River to burst its banks. However, the Natal Floods of 1987 are still considered South Africa’s worst natural disaster due to the high loss of life. A staggering 506 people lost their lives, and many rural villages were destroyed.

HAILSTORM: Residents ran for cover when hailstones as large as tennis balls battered Pietermaritzburg in November 2020. The sudden hailstorm started around 3pm and within minutes had damaged property and vehicles. In 1936, a devastating hailstorm with hailstones the size of coconuts hit Limpopo, killing ten people and several herds of cattle. Another nine more people died in the flooding that followed the hailstorm.

SINKHOLE: Often, sinkholes come with clear warning signs, giving people time to prepare before the sinkhole reaches a catastrophic level of collapse. Sagging fences are a good indicator that a sinkhole is forming below the ground. The West Rand is notorious for being an area greatly affected by sinkholes because of the mines de-watering aquifers to access the underlying gold deposits since the 1940’s. In 2016, the Merafong City Local Municipality Council voted to declare Khutsong, Welverdiend and Carletonville a local state of disaster under the Disaster Management Act in response to numerous sinkholes destroying infrastructure, leaving thousands without access to basic services in these areas.

TORNADO: A violent F4 tornado ripped through areas surrounding Mount Ayliff and Tabankulu in the Eastern Cape in January 1999. Many towns were destroyed, with 95 percent of residents left homeless. Vehicles were flung up to 500 metres by the ferocity of the storm. This tornado is considered to be the deadliest in our history. Approximately 25 people were killed and hundreds were left injured and homeless.

TROPICAL CYCLONE: The recent Storm Eloise that hit our shores in February this year left 11 people dead. In comparison, in March 2019, a tropical depression moved ashore Mozambique, and later moved into the Mozambique Channel, strengthening into Cyclone Idai. The intense tropical cyclone made landfall near Beira and is estimated to have killed around 1,000 people.

WILDFIRE: The most destructive fire South Africa has experienced was the Knysna Fires which occurred in June 2018. The fires displaced around 10,000 people and destroyed an estimated 600 structures. Seven people lost their lives in the fires. Cape Town periodically experience severe fires on Table Mountain that often cause great damage to property and sometimes loss of life.